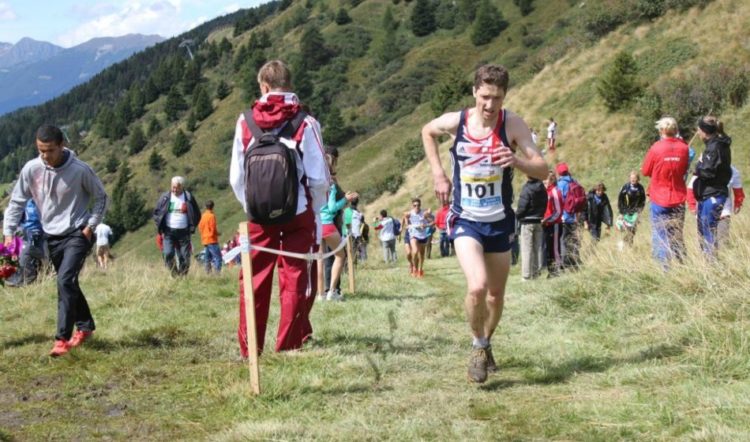 The British international athlete has not returned after going for a run in Perthshire A major search has been launched to find GB international mountain runner Chris Smith, who has gone missing while on a run in Perthshire, Scotland. According to an appeal issued by Smith’s brother-in-law Billy Milligan on social media, 43-year-old Smith went out to run Meall nan Aighean, Carn Mairg, Meall Garbh and Carn Gorm on Tuesday October 27 at 3pm, and should have returned a couple of hours later. “Chris is an experienced fell runner and Dad to two boys who are missing him so much,” reads the appeal. “He went out to run Meall nan Aighean, Carn Mairg, Meall Garbh and Carn Gorm yesterday at 3pm, leaving from Invervar, and should have been back around 5pm. “He may have become disorientated and ended up further afield.”
https://www.facebook.com/plugins/post.p ... =589&appId
Thames Valley Harrier Smith has raced at multiple world and European mountain running championships, finishing eighth at the European event in 2013 and 10th at the world event in Wales in 2015. Police Scotland have been working with local mountain rescue teams, with assistance of the Coastguard helicopter, in the search. Anyone with information about Smith’s whereabouts are asked to contact police on 101, quoting incident 2775 of October 27. On Thursday a fundraising page was created by Smith’s fellow GB international athlete Marc Scott, raising money for Scottish Mountain Rescue. “As precious time passes by, Chris is still missing,” writes Scott. “It has been called upon for the Scottish Mountain Rescue team to locate Chris, along with family, friends and the public who have joined the search. Areas include Glen Lyon and the Loch Tay vicinity as well as prior listed peaks. “I am asking for your help in providing any funds you can to assist in the rescue, all donations are very much appreciated. All proceeds will be directly donated to Scottish Mountain Rescue.” The fundraising page can be [url=https://gf.me/u/y6qpzd]found here[/url]. » This post was updated on October 29 to include details of the fundraising page » For more on the latest athletics news, athletics events coverage and athletics updates, check out the [url=https://www.athleticsweekly.com/]AW homepage[/url] and our social media channels on [url=https://twitter.com/AthleticsWeekly]Twitter[/url], [url=https://www.facebook.com/athleticsweekly/]Facebook[/url] and [url=https://www.instagram.com/athletics.weekly/]Instagram[/url] The post [url=https://athleticsweekly.com/athletics-news/search-for-missing-gb-mountain-runner-chris-smith-1039936896/]Search for missing GB mountain runner Chris Smith[/url] appeared first on [url=https://athleticsweekly.com]AW[/url].
Top
Post Reply
1 post • Page 1 of 1