DECHAMBEAU DUSTS UP RIVALS IN DETROIT

DECHAMBEAU DUSTS UP RIVALS IN DETROIT 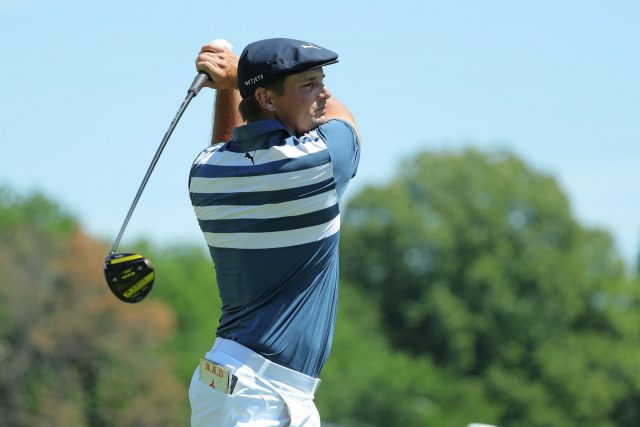 DeChambeau averaged 349 yards with is driver off the tee this week Big-hitting Bryson DeChambeau finally managed to combine his prodigious distance capabilities with some equally impressive putting stats to win his first event since the PGA Tour’s restart at the Rocket Mortgage Classic in Detroit The 26-year-old American shot a final round 65 to finish three shots ahead of third round leader Mathew Wolff. In taking the title, he achieved his seventh consecutive top-8 finish on the PGA Tour. DeChambeau, who used the time off from the tour to increase his clubhead speed and muscle mass, averaged 350 yards off the tee at the event, with his drive at the 18th hole on Sunday measuring 367 yards. “It’s a little emotional for me,” said DeChambeau, after picking up his sixth career PGA Tour title. “Because I did do something a little different, I changed my body, I changed my mindset in the game, and was able to accomplish a win while playing a completely different style of golf. I’ve shown people that there’s another way to do it.” DeChambeau overhauled a three-shot overnight lead held by Wolff thanks to eight birdies in his final round. He quickly led thanks to four birdies in seven holes, but after Wolff rallied to cut the lead to one, DeChambeau fired three birdies on the closing three holes to seal the $1.3m first prize. Further down the leaderboard, Danny Willett and Tyrrell Hatton finished in a four-way tie for fourth, with Canada’s Adam Hadwin and American Ryan Armour on 16 under, while Tom Lewis and Matt Wallace were tied for 12th on 14 under. BRYSON DECHAMBEAU’S WINNING GEAR
DRIVER: Cobra King Speedzone (5.5o)
FAIRWAY WOODS: Cobra King Ltd (14.5 o), Cobra King SZ Tour (13.5 o)
UTIILITY: Cobra King One Length (4, 5)
IRONS: Cobra King Forged Tour One Length irons (6-PW)
WEDGES: Artisan Prototype (47o, 52o, 58o)
PUTTER: SIK Prototype
BALL: Bridgestone Tour B X
Top
Post Reply
1 post • Page 1 of 1